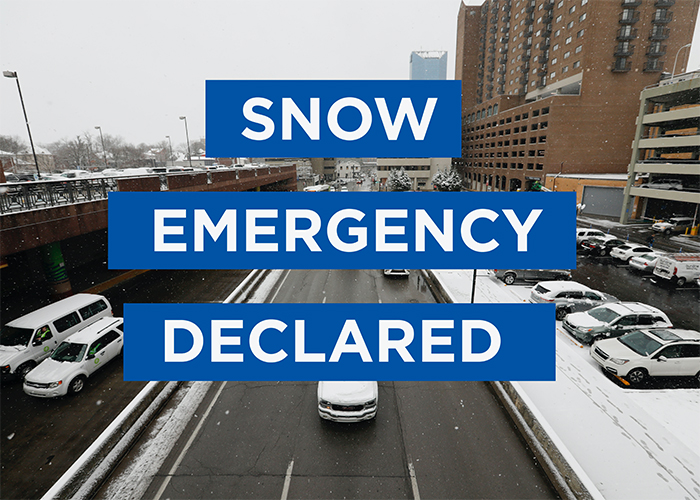 “Snow has started to accumulate on our roads, and more snow is expected,” Gorton said.  “We need to be able to plow snow routes, and that requires that parked vehicles be moved.”

If vehicles are not moved by 6 p.m. tonight, they may be towed. Beginning at 5 a.m. today, and continuing through the snow emergency, City garages downtown will be open for free parking.

The snow emergency order remains in effect until it is lifted by the Mayor.

The City’s Emergency Operations Center opened at 4 a.m. to coordinate the response to the weather.

City crews are currently putting salt on the priority streets and roads.  The city will post all weather updates at lexingtonky.gov/snowupdates.

The city is expecting a lot of tree debris. City crews will first clear streets, then sidewalks of limbs. Residents can stack debris from their yards between the sidewalk and the curb, but it will not be cleared immediately.

Warming shelters will open at 9 a.m. today at Dunbar Center, 545 N. Upper Street, and at the Senior Center, located behind Southland Christian Church on Richmond Road. Shelters will close at 7 p.m.