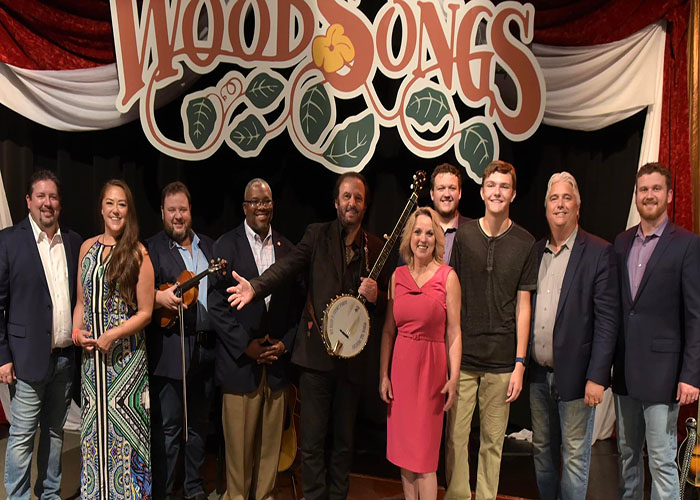 WoodSongs to continue at Lyric for another 5 years

“This is good news for the Lyric and for Woodsongs,” Gorton said. “After 10 years at the Lyric, WoodSongs is at home here.”

WoodSongs Old-Time Radio Hour was broadcast from the Kentucky Theatre for 10 years, and moved to The Lyric Theatre in January, 2013.

“The Lyric is an East End landmark that has provided opportunities to hundreds of local and nationally recognized artists to showcase their talents,” Councilmember James Brown said. “One of the partners that has helped to make that possible is WoodSongs. Extending the partnership will continue to put the Lyric and our community on a national and international stage for years to come.”

Over the years, more than 142,000 people have come through the doors of the Lyric to enjoy WoodSongs, a celebration of grassroots music and the artists who make it. WoodSongs is produced from the Lyric on 44 Mondays a year by a crew made up mostly of volunteers.

The radio broadcast airs on 500+ radio stations, from Australia to Ireland; on American Forces Radio Network twice each weekend in 177 nations; on every military base and US Naval ship in the world; and in millions of TV homes as a public TV series or on RFD-TV.

Michael Johnathon has said in all of Central Kentucky the Lyric Theatre is uniquely designed as a national level production venue. “The history and musical legacy alone makes it fascinating and special. Lexington so did the right thing by bringing this grand lady back to life,” Johnathon said.

First opening in 1948, the Lyric Theatre operated through 1963, first as a movie theater, and later hosting some of the biggest names in jazz and R&B music. It was closed for nearly 50 years before being restored and reopened in October 2010 as a community, history and educational center.