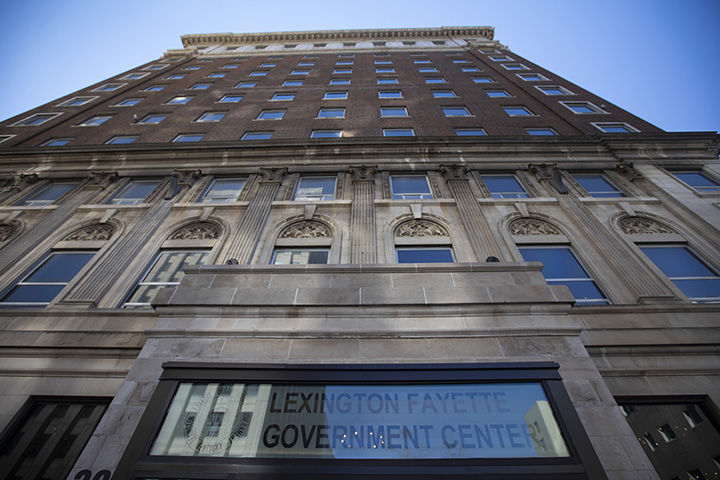 Mayor Linda Gorton has made two top-level staffing changes recently: Chris Ford has been moved into the role of Commissioner of General Services, and Kacy Allen-Bryant is the new Commissioner of Social Services.

“Our city’s strong leadership team is now even stronger,” Gorton said. “Both of these people already have tremendous records of service to our community, and are proven leaders.” Both Ford and Allen-Bryant served as members or provided oversight for the Mayor’s Commission for Racial Justice and Equality.

Ford, a former member of the Urban County Council, was named Commissioner of Social Services in 2015. “During his time in Social Services, Chris has helped the City reach out to those who are most in need of help. He has carefully managed our limited resources,” Gorton said.

Ford has now been named Commissioner of General Services. The Department includes Parks and Recreation. Ford is a strong believer in neighborhood engagement and positive youth development. He has been a volunteer youth sports coach and played varsity football at the University of Kentucky.

“I am honored by Mayor Gorton’s appointment to serve as Commissioner of General Services, and truly appreciate her confidence during my time leading Social Services,” Ford said.  “My diverse experiences at the City have allowed me to be a part of some amazing teams. I look forward to continue building partnerships for operational efficiency and responsiveness in General Services.”

Ford holds a master’s degree in Public Administration from Western Kentucky University and a bachelor’s degree from the University of Kentucky.

Ford and his wife, Talesha, have four sons.

Kacy Allen-Bryant comes to City Hall from the University Of Kentucky College Of Nursing, where she worked as a lecturer.

“Health-related concerns are some of the most pressing challenges we face in Social Services right now,” Gorton said. “Kacy’s experience as a nurse and as chair of the Board of Health will be invaluable to the City.”

Allen-Bryant said, “I want to thank Mayor Gorton for appointing me as the new Commissioner of Social Services. It is truly humbling to be entrusted with such an important position. To this role, I will bring my years of public health nursing experience, which includes leadership, community engagement, and the uniqueness of nursing and our approach of holistic care.”

Allen-Bryant holds master’s degrees in nursing and public health from the University of Kentucky.

Allen-Bryant and her husband, Brad, have two children.

The appointments were confirmed by the Council on June 24 and went into effect on July 5.