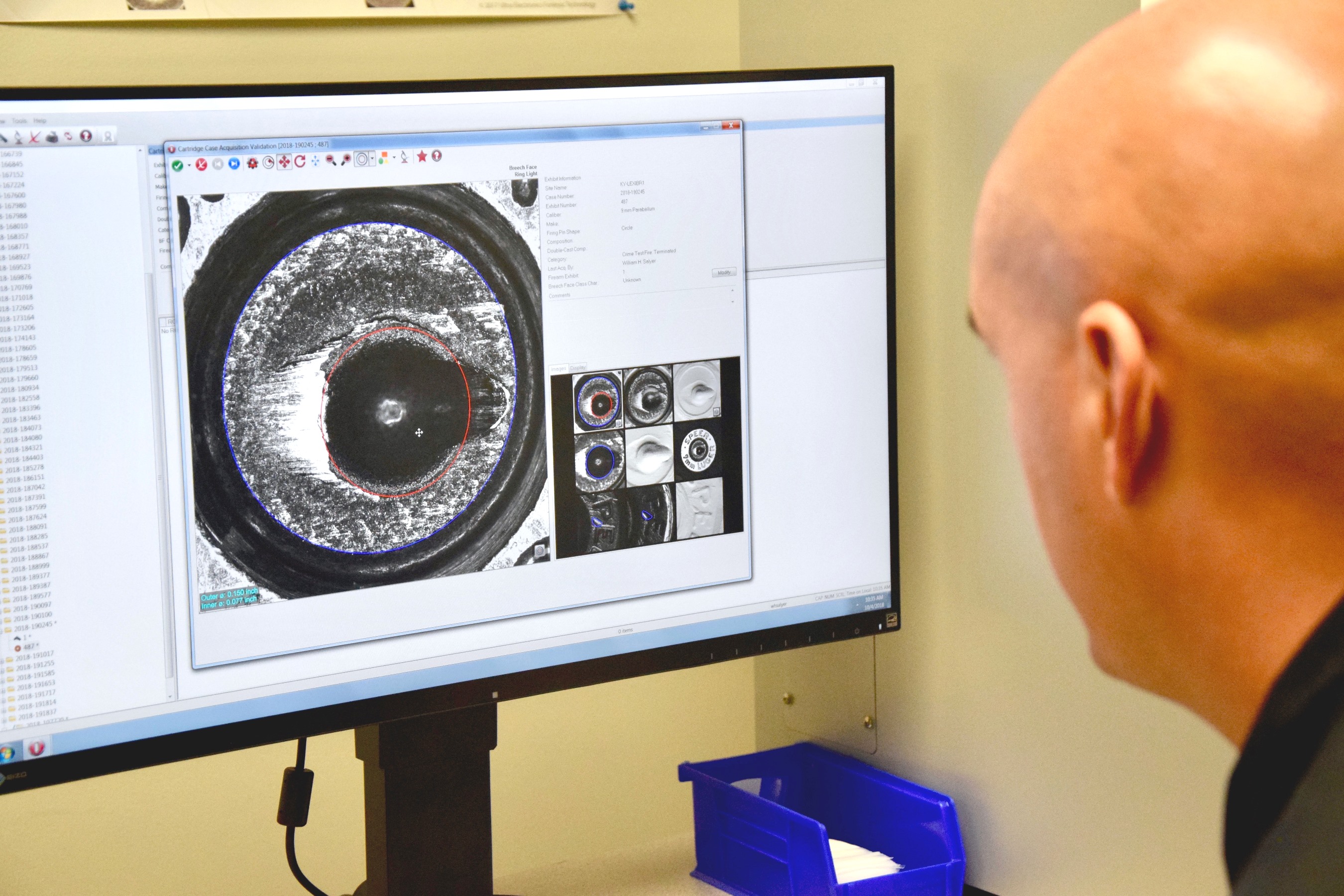 A state-of-the-art computer and a network of ballistics experts are helping the Lexington Police Department solve violent crime. Mayor Jim Gray and Chief Lawrence Weathers today joined representatives from the Bureau of Alcohol, Tobacco, Firearms and Explosives (ATF) in announcing the launch of an on-site computer system called NIBIN for analyzing shell casings.

“Lexington is tackling the problem of gun violence head-on, and in a variety of ways, from youth programs, to school improvements, to sophisticated technology,” Mayor Gray said. “This ATF partnership is an important tool for our officers who work diligently to get violent criminals off the street.”

The computer system is part of the ATF’s National Integrated Ballistic Information Network, or NIBIN. As a NIBIN partner, law enforcement agencies have the ability to capture digital images of ballistic evidence and match them with shell casings from other violent crimes, thereby establishing investigative links that may otherwise not have existed. The ATF recently installed a NIBIN computer at Lexington Police headquarters.

“NIBIN has already proven to be an integral part of our investigations. We know the program works,” Chief Weathers said. “Now with an in-house NIBIN machine, investigators can quickly input evidence at any time of day or night, generating possible leads in a matter of hours.”

Similar to a fingerprint, a gun leaves unique microscopic markings on fired bullet casings. Even firearms that are the same make and model and produced on the same manufacturing line will generate different markings. Shell casings found at all shooting and shots fired incidents are analyzed, as are casings from guns recovered and test fired by police. As shell casings are entered into the NIBIN database and matched with other casings, detectives can connect multiple crime scenes – some from different years or different jurisdictions – knowing that the same gun was used.

“ATF appreciates the strong support from the Lexington Police Department, which helped to make this new NIBIN site a reality,” said Stuart Lowrey, Special Agent in Charge of the ATF Louisville Division. “When used in a timely manner, this ballistics technology can provide critical leads for law enforcement investigating violent criminal activity. NIBIN has the ability to link shootings by ballistic evidence and link recovered crime guns to shooting scenes. Our law enforcement partners are finding NIBIN to be an effective tool in disrupting the shooting cycle and making our communities safer.”

Lexington Police began using NIBIN in June 2015, first by mailing casings to a correlation center, then by taking evidence once a week to a NIBIN site in Louisville. The new in-house computer system allows for much quicker analysis of ballistic acquisitions and provides NIBIN access to other Central Kentucky law enforcement agencies. So far this year, the Lexington Police Forensic Services Unit has entered more than 200 scene casings, test fired and entered casings from 486 guns, and generated 169 leads.

“Our Office is committed to working with our local, state, and federal partners to reduce violent crime in Lexington, and all of the Eastern District of Kentucky,” said United States Attorney Robert M. Duncan, Jr.  “The NIBIN system is a valuable tool in combatting violent crime.  The NIBIN system benefits not only the city of Lexington, but all of central Kentucky, in enhancing law enforcement’s investigative capabilities and potentially linking together previously unrelated crimes.”

In addition to becoming a NIBIN site, Lexington Police has created a dedicated position within the department’s Intelligence Unit specifically for following up on ballistic leads. This investigator is paired with ATF personnel in an effort to identify shooters and their sources of crime guns. Casings and guns found in Lexington have been linked to crimes in other cities and states.

Lexington’s NIBIN system was provided by the ATF at no cost to the City. Lexington Police will budget funds for maintenance of the computer and software beginning in the fourth year of the partnership.

Watch a video of the news conference. 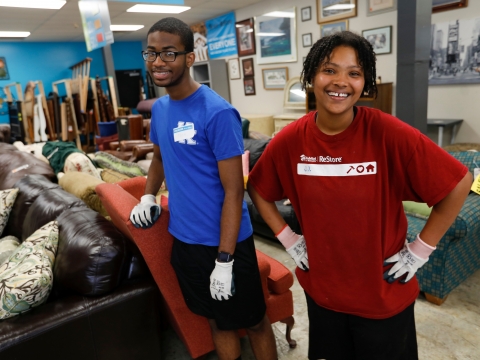 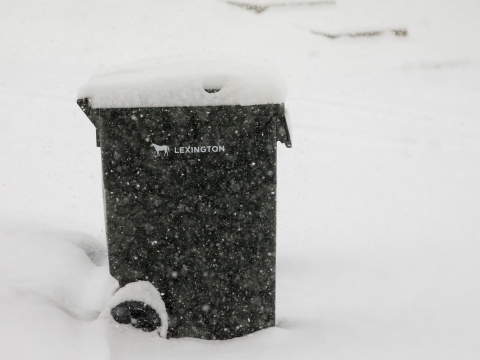 The City has plenty of salt, and our first responders, street crews and contractors are ready to go.
Continue Reading
END_OF_DOCUMENT_TOKEN_TO_BE_REPLACED