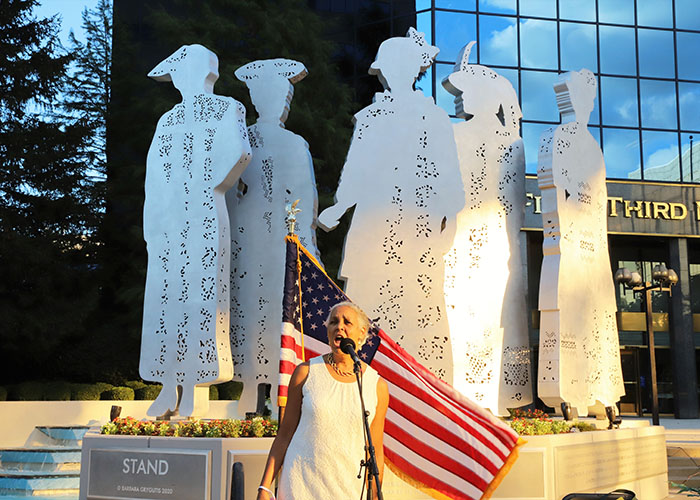 Lexington welcomed five new residents tonight. Five women, 20-foot tall suffragists, moving into town to remind citizens of the important contributions women have made to this community, and to celebrate the 100th anniversary of passage of the 19th Amendment, giving many women the right to vote.

The group had quite a welcoming committee, including Governor Andy Beshear and Congressman Andy Barr, who came to celebrate the official lighting of “Stand,” a sculpture by nationally renowned artist Barbara Grygutis.

“Lexington is shining bright tonight,” Mayor Linda Gorton said. “Through this sculpture, we are recognizing the importance of women’s contributions to our city. With Lexington’s 245-year history, those contributions have been many.”

Councilmembers Mossotti and Plomin have devoted many hours to the project. Working with the Breaking the Bronze Ceiling Committee, they have been raising money to fund the sculpture since 2018.

“It is a long overdue piece of public art for Lexington and will serve as constant reminder to current and future generations of women's perseverance in the suffrage movement, and the importance of exercising your right to vote,” Mossotti said, who first identified the need for the sculpture.

Plomin thanked the many generous donors who have supported the project. “This was a cool project for our community, and as always, our community came through with amazing support,” Plomin said. There were 479 donors, 81% of them women.

Plomin especially thanked developer Dudley Webb, who gave the sculpture a home in front of the Big Blue Building. “Stand” can be found on the Vine Street side of the Lexington Financial Center, and will soon overlook Town Branch Commons trail. Webb spoke during the celebration.

Gray, now Kentucky’s Transportation Secretary, started the fund-raising off in 2018 by putting $100,000 for the sculpture into the City’s budget. 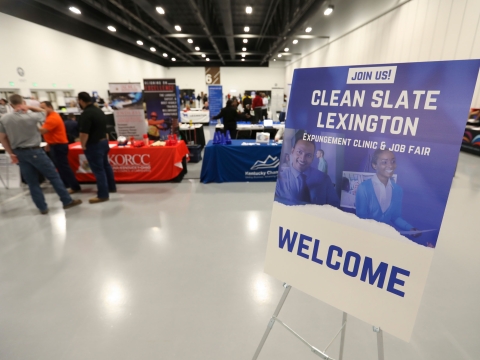 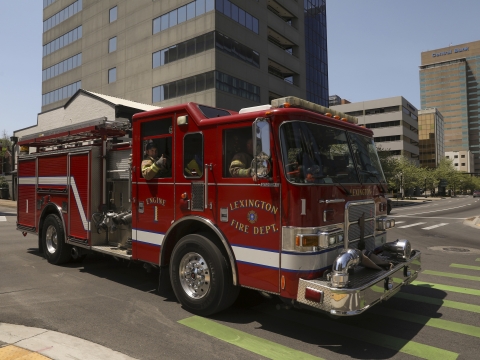 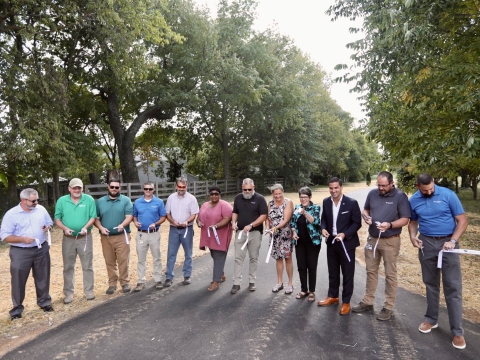