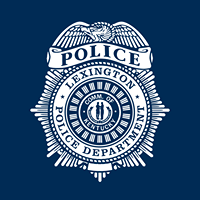 The Lexington Police Department is seeking information regarding two separate homicides that occurred over the weekend.

On July 1, 2018 at approximately 3:15 a.m., officers responded to N. Broadway / Short Street in reference to an individual who had been shot. The victim was a passenger in a vehicle which had stopped on Short Street. The male victim, a Lexington resident, was pronounced deceased by the Fayette County Coroner and has been identified as 31-year-old Kerry Douglas Kenney. Based on the preliminary investigation, detectives believe a drug transaction led up to the shooting.

On Monday July 2, at approximately 2:59 a.m. units responded to the 200-block of E. Fourth Street after an anonymous 911 call was placed stating there was a deceased male victim on the ground.  Officers arrived in the area and discovered the victim on the sidewalk with what appeared to be gunshot wounds. The male victim was pronounced deceased by the Fayette County Coroner and identified as 32-year-old Christopher Snow.

These two homicides are not believed to be connected. Police continue to investigate the incidents and gather information about possible suspects.  Police are asking anyone who may have witnessed these crimes or has any information related to them to come forward.

Playgrounds, and spraygrounds, and basketball, oh my, summer is about to be a little more fun for children in Lexington!
Continue Reading
END_OF_DOCUMENT_TOKEN_TO_BE_REPLACED