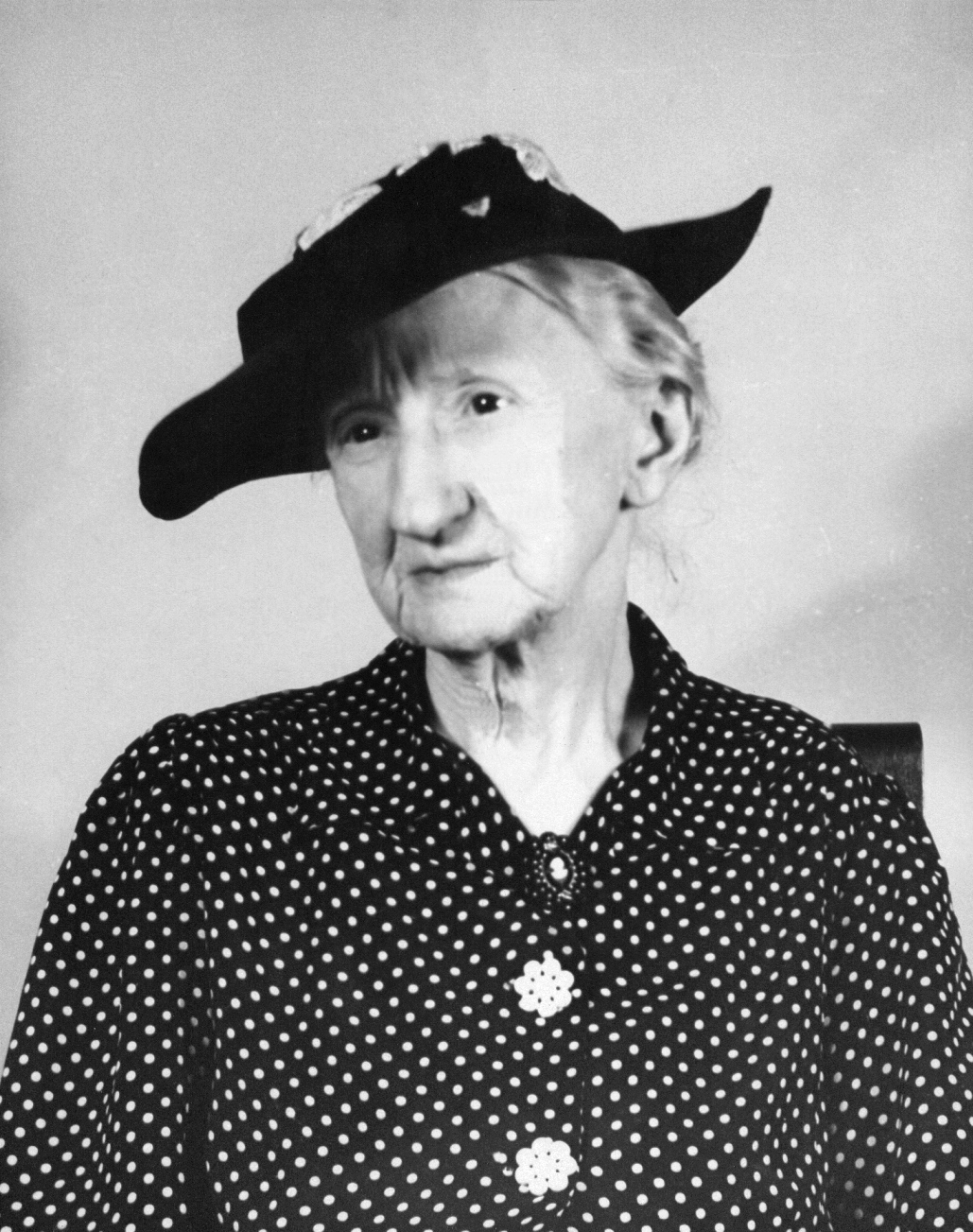 This year marks a century of service for women in the Lexington Police Department. In 1917, Maggie Egbert was sworn in as the first female police officer in Lexington. Several officers recently gathered at her gravesite in Lexington Cemetery to honor her life and legacy. 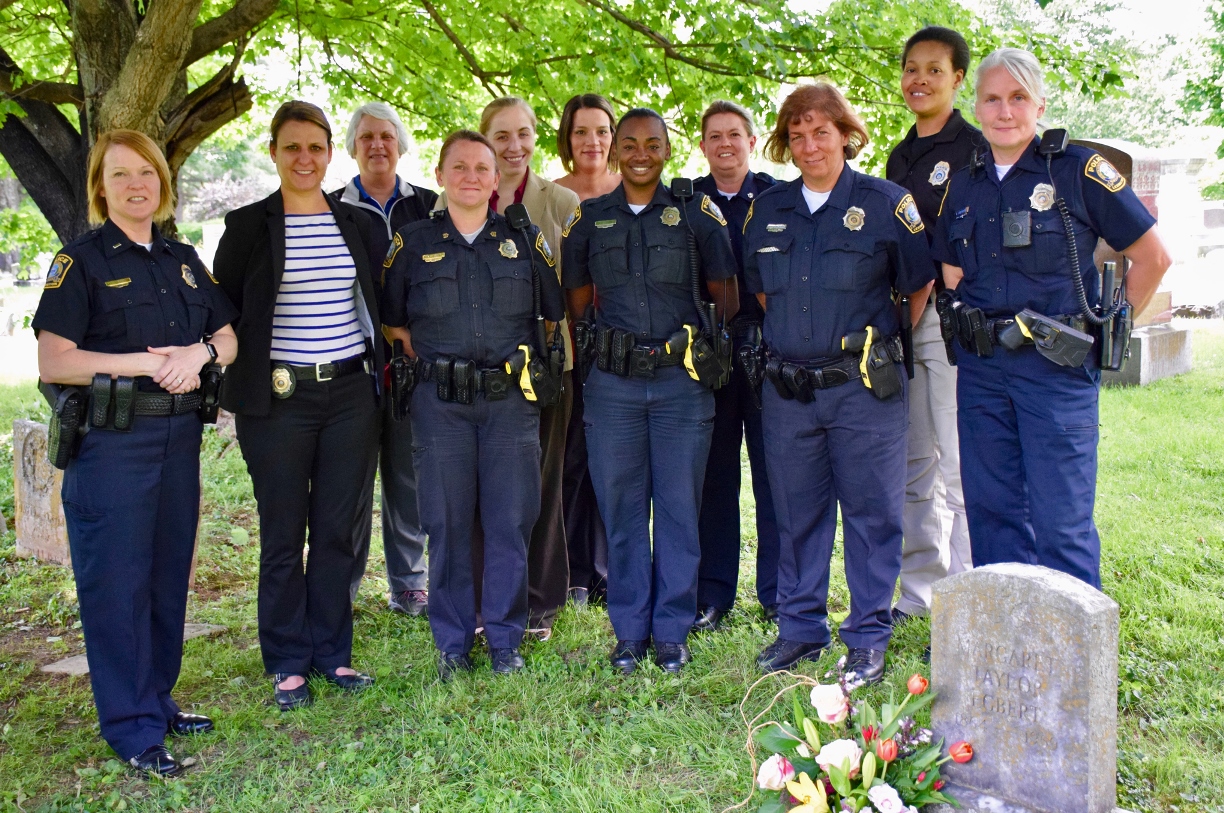 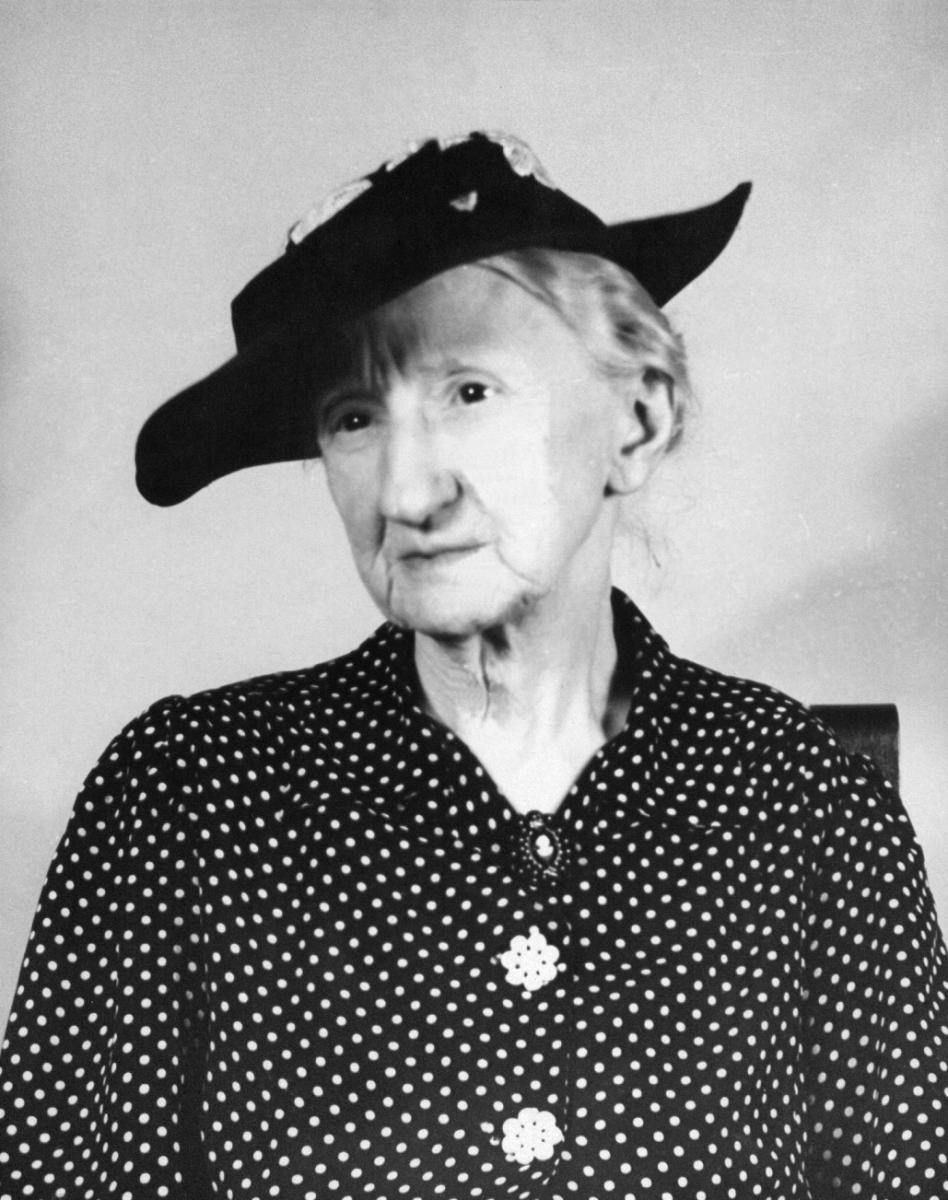 Margaret became a representative for the United Local Christian Endeavor Society, leading the effort to close saloons on Sundays in Lexington. A committee led by Madeline McDowell Breckinridge, Ida Withers Harrison and Linda Neville conceived the idea of having a woman on the police force in Lexington. In 1917, the committee convinced the city commissioners to allow them to choose the woman for the job. The job paid $50.00 a month or $600.00 yearly and required the individual to have training in social work, be educated and have the highest moral standards.

Eight women applied for the position, and Margaret was selected for the appointment. She was 53 years old at the time and weighed only 98 pounds. On her first day, February 17, 1917, she didn’t receive a very hospitable welcome. She walked alone to the office of the Commissioner of Public Safety to take oath. She was then introduced to the men at roll call by Chief Jerry Reagan. 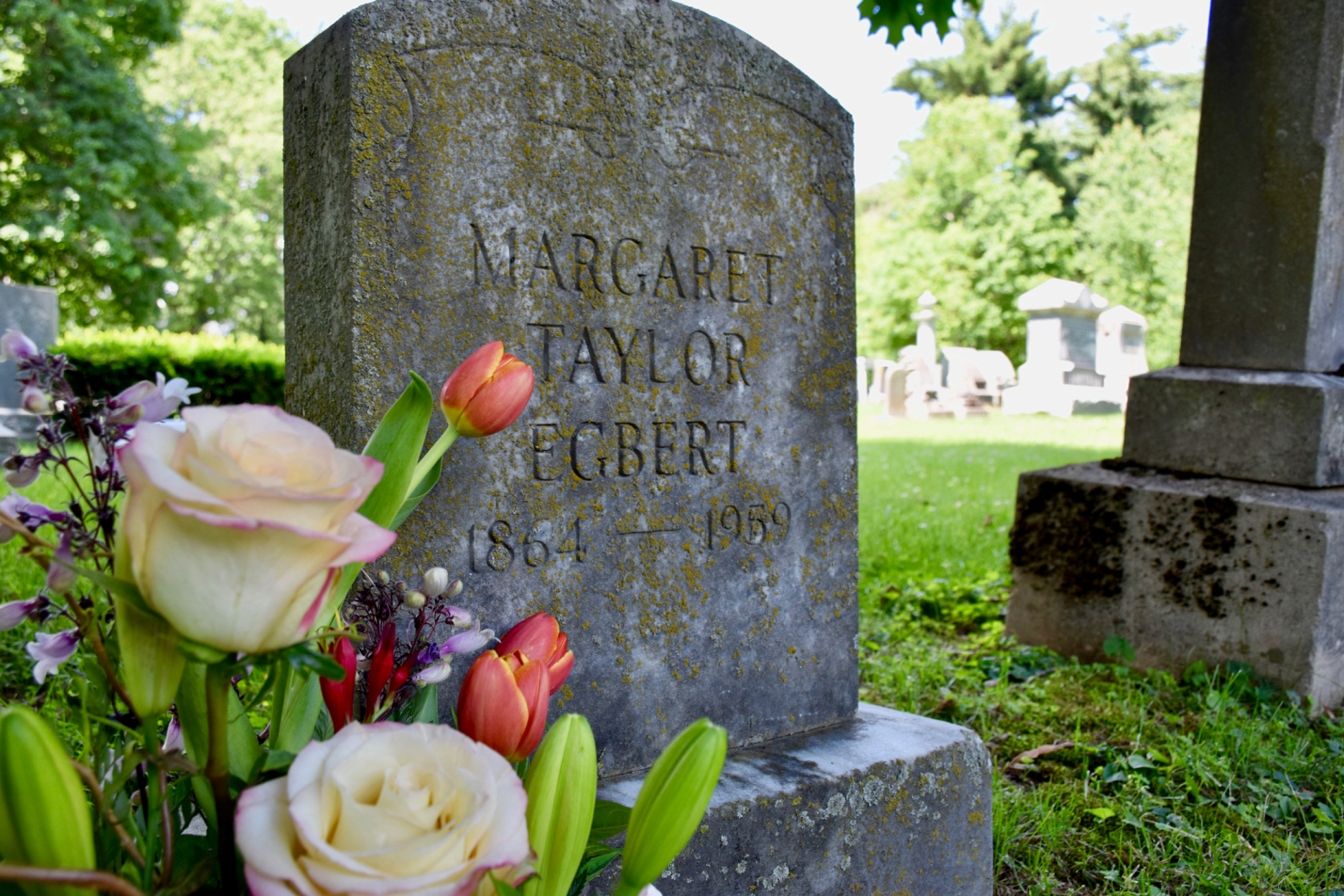 Margaret sensed the officers were amused by her new position, being thrown to the wolves with little or no training. She was given the task of working as a Juvenile Court Officer in its infancy, bringing in both juvenile delinquents and delinquent parents. She demonstrated her abilities with her social work experience and connections and was promoted to Grade A Patrolman shortly after her appointment.

She spent the next 8 years working in Juvenile Court. In her spare time, Margaret took a class in social work and became a charter member of the Pioneer Business and Professional Women’s Club. Many days she worked through the night on her investigations. In 1925, she attended the National Social Workers’ Convention in Denver, Colorado. Officer Egbert retired January 1, 1946 at the age of 82 following 29 years of service with the police department. She was honored by the city and several other local organizations for her service.

On December 12, 1959, Margaret Elizabeth Taylor Egbert passed away in a nursing home in Nicholasville at the age of 95. She was buried in the Lexington Cemetery in Section F-1, Lot 39, Part E1/2.​