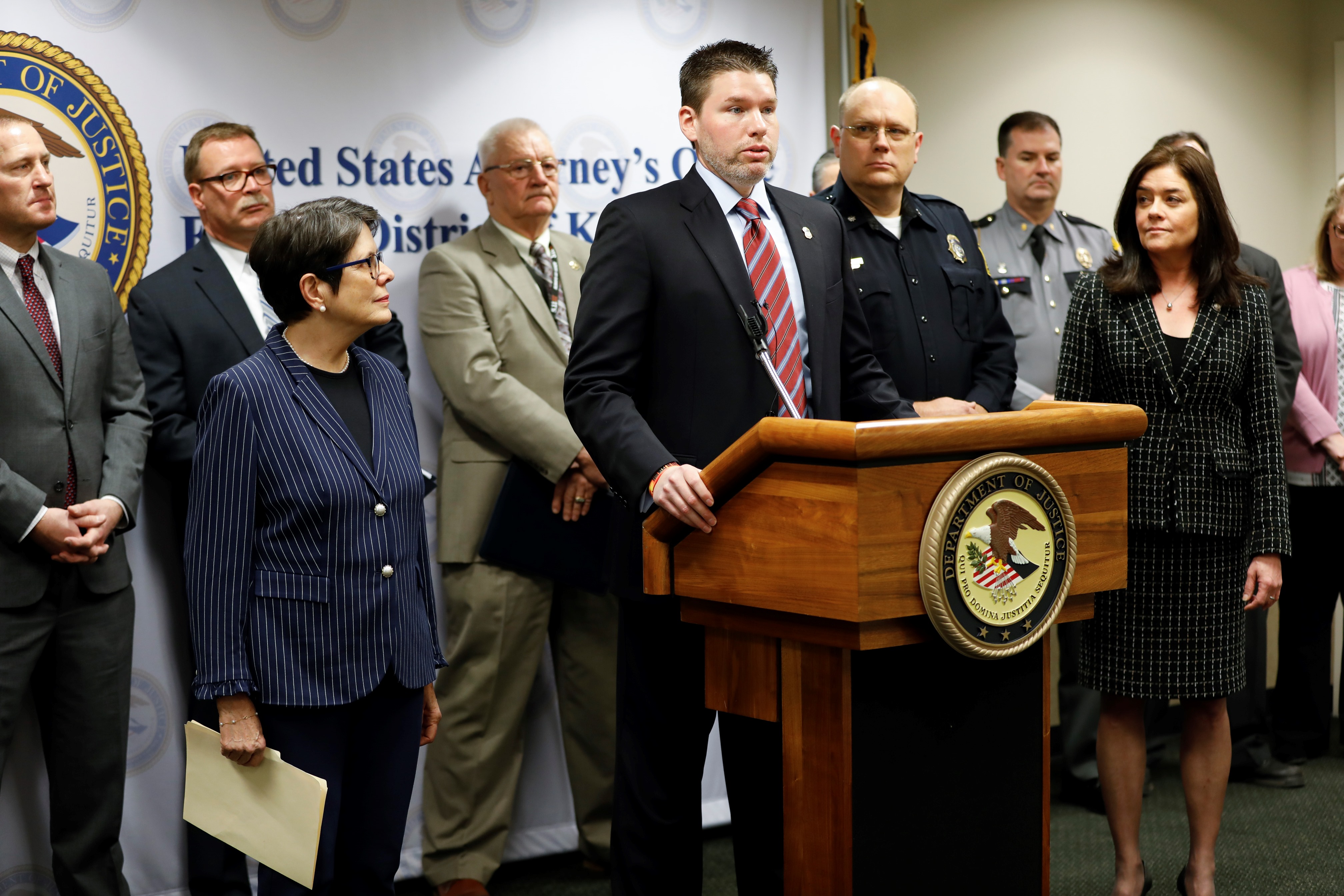 According to statistics recently released by the Lexington Police Department, violent crime in Lexington decreased by 13% in 2018, compared to 2017.  This decrease included declines in homicides (down 21%), robberies (down 21%), aggravated assaults (down 11%), and shootings (down 23%).  Additionally, shots fired calls decreased by 9%.

“These results indicate that our law enforcement partnerships have been effective,” said U.S. Attorney Duncan.  “They validate a valuable enforcement strategy moving forward and have led to the arrest and prosecution of numerous violent offenders.  That benefits not only Lexington, but the entire Central Kentucky community.  Through our collective efforts, I believe we are making a difference.”

“I especially commend the men and women of the Lexington Police Department for their outstanding work in helping to reduce violent crime,” said U.S. Attorney Duncan.  “Daily, these officers put their lives at risk to enforce the law and help keep our community safe. We are proud to partner with them.”

Mayor Linda Gorton said thanks to the work of the law enforcement community, Lexington is one of the safest cities of its size in the country. “We are happy that our overall numbers are declining,” Gorton said. “We know there’s more work to do, but we are moving in the right direction.”

“Across the department, each officer understands the importance of collaborative, proactive police work in identifying criminal offenders, especially those with guns and illegal narcotics. We can’t do this work alone,” Chief Weathers said. “Addressing crime trends is a never-ending process. From neighborhood meetings to strategic public safety task forces, we’ll continue to look for engaging and innovative methods to prevent crime from occurring and to hold criminals accountable.”

“Our Lexington Police Officers deserve much of the credit,” said Commonwealth’s Attorney Red Corn. “The sharing of resources between local and federal partners has truly enhanced investigations and helped build successful prosecutions.”

“ATF strives to be ‘no better partner’ to other law enforcement agencies,” stated ATF Special Agent in Charge Stuart Lowrey of the Louisville Field Division.  “During the past year, ATF and these agencies investigated illegal sources of crime guns and persons who illegally possessed or used guns to commit violent crimes in the Lexington area.  Together, we pursued ‘traffickers and trigger pullers’ with every resource, including new ballistic technology and other crime gun intelligence to disrupt the shooting cycle.  ATF and these efforts support the Department of Justice’s Project Safe Neighborhoods in making our communities safer for everyone.”

“The Fayette County Violent Crime Task Force is a force multiplier,” said Special Agent in Charge James Robert Brown, Jr., of the FBI’s Louisville Field Division.  “The Task Force focused its efforts towards one goal - reducing violent crime.  It is working. Seeing ATF Agents, FBI Agents, and DEA Agents work side by side with the Lexington Police Department and other agencies has been remarkable to witness.”

“The success of the Project Safe Neighborhoods initiative is a testament to the hard work and dedication of all the law enforcement professionals in the region working in a truly collaborative fashion,” said D. Christopher Evans, Special Agent in-Charge of DEA’s Louisville Field Division.  "We could not ask for a better group of professionals to work with toward the shared goal of reducing violent crime in our communities around Lexington and throughout Central Kentucky.”

Participants in the Fayette County Violent Task Force developed investigations of violent offenders and significant drug traffickers, resulting in the prosecution of 88 defendants in 2018 (44 defendants in state court, and 44 defendants in federal court).  Here are a few examples of successful prosecutions:

U.S. v. Andre Stackhouse - In January 2018, detectives with the Lexington Police Department executed a search warrant at Stackhouse’s Lexington residence, locating 244 grams of a heroin/fentanyl mix and two firearms.  Stackhouse was arrested and admitted to the distribution of heroin and to possessing the firearms for protection during his drug trafficking.  Stackhouse has six prior felony convictions, including drug trafficking, from Chicago.

U.S. v. Davion Bledsoe - On April 17, 2018, Bledsoe fled from police and was involved in an injury collision.  During a search of Bledsoe’s vehicle officers located distribution amounts of heroin and crack cocaine, scales, and a handgun.  The substances were submitted for testing and were found to contain 8.9 grams of heroin and 18.896 grams of cocaine base (crack cocaine). The firearm was a pistol that was reported stolen from Fayette County in February 2018.  On September 4, 2018, Bledsoe pled guilty to possession with intent to distribute heroin and crack cocaine and possession of a firearm in furtherance of a drug trafficking crime.  On January 14, 2019, Bledsoe was sentenced to 96 months in federal prison, and 5 years of supervised release.

Commonwealth v. William Dixon: After observing a vehicle roll through a stop sign, Lexington patrol officers attempted a traffic stop.  The vehicle fled, then the occupants jumped out of the vehicle and ran.  One of the occupants, Dixon, threw down heroin, cocaine and a handgun as he ran.  When arrested, Dixon has over $1,000 in cash. Dixon had been previously convicted of Possession of a Firearm by a convicted felon.  At trial, a Fayette County jury convicted Dixon of Trafficking in a Controlled Substance, Tampering with Physical Evidence, and Fleeing/Evading Police.  He was sentenced to ten years in prison in June of 2018.

Commonwealth v. Rodney Bell: Bell, who was on parole, was found to be in possession of cocaine, Xanax bars, and over $8,000 during a home visit by parole officers.  Criminal records show he has prior convictions for Trafficking in a Controlled Substance, Fleeing/Evading Police, and Tampering with Physical Evidence.  He pled guilty to Trafficking in a Controlled Substance and Tampering with Physical Evidence and was sentenced to serve five years in prison in June of 2018.

Additionally, personnel from the United States Marshals Service, the Kentucky State Police, Immigration and Customs Enforcement, the Lexington Police Department, and other law enforcement agencies participated in Operation Triple Beam – Bourbon Trail Initiative (OTB-Bourbon Trail).  OTB-Bourbon Trail was a three-month law enforcement initiative that focused on reducing crime in central Kentucky cities, including Lexington, by identifying and arresting violent fugitives, collecting intelligence, and removing individuals who had committed – and were committing – crimes from the community.

OTB-Bourbon Trail was operational from October 15, 2018 to December 14, 2018.  During that time, law enforcement arrested 132 defendants (including several wanted for crimes in other states), seized quantities of illegal drugs (including fentanyl, heroin, methamphetamine, cocaine, and marijuana), and recovered 37 firearms.  U.S. Attorney Duncan and United States Marshal Norman Arflack jointly announced the results of this additional initiative.

“Operation Triple Beam is a nationwide initiative supported by the U.S. Marshals service,” said Marshal Arflack.  “We in the Eastern District of Kentucky are extremely grateful for the support we received from the U.S. Attorney’s office, Kentucky State Police, Lexington Police Department and all other local agencies who worked in collaboration to make this operation one of the most successful in the nation.  I am certain that this initiative has made great strides in providing a safer environment for the citizens of Fayette and surrounding counties.”

KSP Commissioner Rick Sanders offered accolades for the successful partnerships that culminated with multiple arrests. “It’s not about who gets the credit, it’s about coming together as law enforcement officers to reduce violent crimes in our communities,” said Commissioner Sanders. “That is exactly what these agencies did and we will continue to do in the future.”

In addition to enforcement efforts aimed at removing the most violent offenders from our streets, law enforcement personnel have engaged in community outreach and education.  “Our law enforcement partnerships have helped remove several violent offenders from our communities, while also helping to improve existing community relationships and create new ones,” said Chief Weathers. “This helps build trust and government accountability by letting everyone know that we are serious about public safety.”

“We all recognize that enforcement alone is not enough, and sustained success requires a comprehensive approach,” added U.S. Attorney Duncan.  “As prosecutors, holding offenders accountable is always our first priority, which usually means incarceration in gun violence cases,” emphasized Commonwealth’s Attorney Red Corn.  “But we are also very involved in prevention, intervention, and re-entry work.  PSN’s partnership with the city’s ONE LEX initiative has resulted in the sharing of useful information with offenders re-entering the community, including information about the city and community resources available to them, such as library services, mental health services, and potential employment opportunities.”

“Combatting violent crime is a cornerstone priority of the Department of Justice and of our Office, said U.S. Attorney Duncan.  While we are proud of the work we have done alongside our partners, we recognize there is more to do.  We are committed to carrying our efforts forward, in 2019 and beyond.”

Those who normally have Monday collections will be serviced on Wednesday, July 6.
Continue Reading 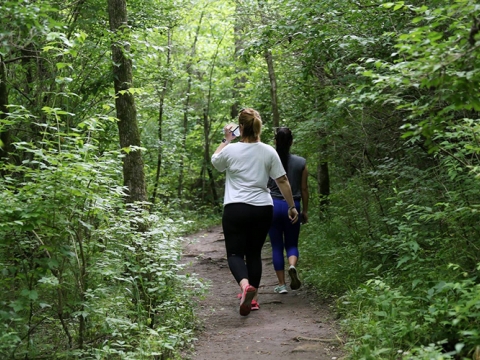 Nature Hop is back and open for event submissions! This fan-favorite event will be coming to green spaces near you this September.
Continue Reading 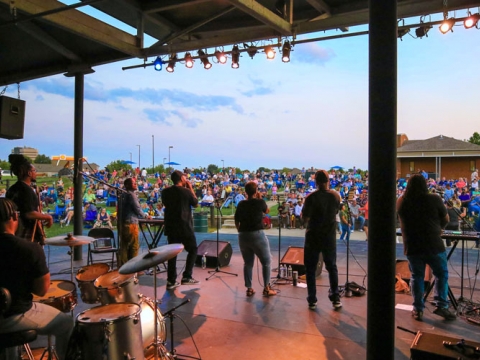 The month-long celebration features a full calendar of events and programs, as well as collaborative releases each Friday with local businesses that fund planting trees in parks.
Continue Reading
END_OF_DOCUMENT_TOKEN_TO_BE_REPLACED