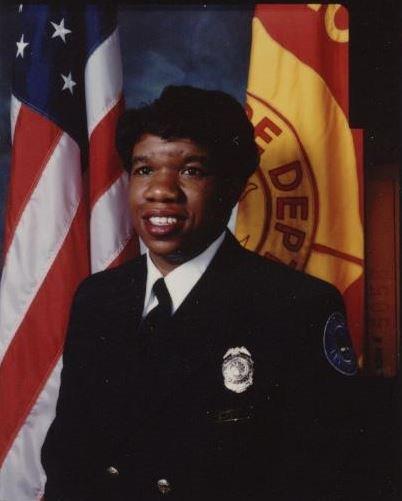 Fayette County’s newest elementary school will be named in honor of Lexington Fire Department Lt. Brenda Cowan, who was killed in the line of duty 15 years ago this month, following a unanimous vote by the Fayette County Board of Education this evening.

“It is absolutely fitting that we should name our newest school for a courageous woman like Lt. Cowan, who gave her life in service to our community,” said Fayette County Public Schools Superintendent Manny Caulk. “The location of our new elementary is within the coverage area of Station 18, where Lt. Cowan served throughout her tenure with the Lexington Fire Department. Placing her name on this school continues her legacy of service and honors all of our first responders who dedicate their lives in protection of others.”

Brenda Cowan Elementary School, which is currently under construction on Athens Boonesboro Road, will open in August of 2019.

“At our school, students will be passionate, engaged and caring, as they develop into the best versions of themselves,” said Cowan Elementary School Principal Josh Williams. “As a committee, we truly believe that Lt. Brenda Cowan exemplified those four characteristics. It’s an honor to be able to celebrate her life and to be able to recognize all the men and women who put their lives on the line daily in service to others.”

Cowan, who was a firefighter on Engine 18, was Lexington’s first black female firefighter and served for 12 years prior to her death. Throughout her career, she was a role model and mentor to many young women in our community. According to Women in the Fire Service, Lieutenant Cowan is the first black female career firefighter in the nation ever to die in the line of duty.

The fifth of six children, Cowan was born in rural Sturgis, KY, and graduated from the University of Kentucky with a degree in psychology. She was known for her addicting smile‚ her compassion for others‚ her involvement with her church family at Consolidated Baptist Church, and her love for children.

“Naming the new elementary school after Brenda Cowan is a fitting tribute to Brenda and her memory. Brenda was deeply devoted to our community and invested much of her time in the youth of Fayette County,” said Lexington Fire Chief Kristin Chilton. “In having just observed the 15th anniversary of her passing, it seems only fitting to have a new elementary school named after her. We are already excited for the kids who will be learning and growing in this new facility. For a woman who gave to Lexington in so many ways, I can’t think of a more appropriate name for this new school.”

Members of the naming committee included families whose children will attend the new school, school and district leaders, community representatives and elected officials from the area. They received 132 different name suggestions from 617 people for the new school.

In addition to Brenda Cowan Elementary, the committee considered three other finalists:

“We appreciate everyone that took the time out to submit a name and rationale, or personally reach out via email, letter or phone call,” Williams said. “It’s obvious that the Fayette County Public Schools community is excited about our new elementary school and we hope that level of enthusiasm and involvement will continue.”