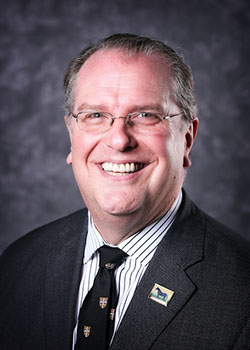 For more than two decades, Bill has worked to correct infrastructure challenges, balance economic trends and bring opportunities to the 5th District. As a Councilmember, his priorities are to develop responsible, balanced city budgets; conduct regular audits and oversight of public agencies; fund more police officers to keep our city safe; and support sewer repair and maintenance as well as street paving and sidewalk upkeep.

Bill currently chairs the Environmental Quality & Public Works Committee, successfully implementing the $590 million-dollar federally-mandated EPA Consent Decree, which will ultimately correct flooding and sanitary sewer overflows throughout Lexington-Fayette County. He also chairs the Sister Cities Commission; is a member of the Budget, Finance & Economic Development Committee; serves on the General Government & Social Services Committee; and serves as a board member and Chair of Finance for Central Bank Center (formerly Lexington Convention Center), completing a $286 million-dollar convention center rebuild and modifications to Rupp Arena. He also serves on the board of LexArts and chairs the Public Arts Commission, established by the Percent for Arts Ordinance he fought to get passed.

5th District Councilmember Farmer’s financial acumen and leadership has proven indispensable across key departments and divisions within the LFUCG in many ways. He has:

Bill and his sister, Kristi Farmer Lykins, have proudly followed in their parents’ footsteps, successfully operating the Chevy Chase landmark, Farmer’s Jewelry, which celebrates its 70th year in business in 2020. Bill is past president of the Chevy Chase Merchants Association (now Chevy Chase Business Owners Association) and continues to be integrally involved in the ongoing development and promotion of Chevy Chase and the surrounding area.

He is also past president of the Lexington Forum, and he is a graduate of Henry Clay High School and the University of Kentucky. He holds a Graduate Gemologist Degree from the Gemological Institute of America. A respected industry leader, Bill served two terms as President of the Kentucky Jewelers Association and Board Chair of the American Gem Society. He was inducted into the National Jeweler’s Retailer Hall of Fame in 1993. In 2015, Bill won the prestigious Robert M. Shipley Award for lifetime achievement to the American Gem Society, as well as Jewelers of America, the largest industry association.

Bill and his wife, Kimberly Edmundson Farmer, are parents to Will and Amanda. They have three grandsons, Derek, Jackson and Rhett.